1.2 Before deep learning: a brief history of machine learning

Probabilistic modeling is the application of the principles of statistics to data analysis. It was one of the earliest forms of machine learning, and it’s still widely used to this day. One of the best-known algorithms in this category is the Naive Bayes algorithm.

Naive Bayes is a type of machine-learning classifier based on applying Bayes’ theo- rem while assuming that the features in the input data are all independent (a strong, or “naive” assumption, which is where the name comes from).

The first successful practical application of neural nets came in 1989 from Bell Labs, when Yann LeCun combined the earlier ideas of convolutional neural networks and backpropagation, and applied them to the problem of classifying handwritten digits. The resulting network, dubbed LeNet, was used by the United States Postal Service in the 1990s to automate the reading of ZIP codes on mail envelopes.

Kernel methods are a group of classification algorithms, the best known of which is the support vector machine(SVM). SVMs aim at solving classification problems by finding good decision boundaries.

SVMs proceed to find these boundaries in two steps:

An SVM is a shallow method, applying an SVM to perceptual problems requires first extracting useful rep- resentations manually (a step called feature engineering), which is difficult and brittle.

Since 2012, deep convolutional neural networks(convnets) have become the go-to algorithm for all computer vision tasks; more generally, they work on all perceptual tasks. At major computer vision conferences in 2015 and 2016, it was nearly impossi- ble to find presentations that didn’t involve convnets in some form.
At the same time, deep learning has also found applications in many other types of problems, such as natural language processing.

Deep learning makes problem-solving much easier, because it completely automates what used to be the most crucial step in a machine-learning workflow: feature engineering. 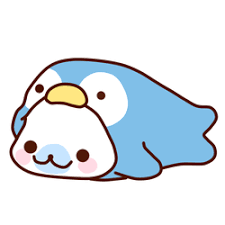